TL;DR: The 50 UHKs of the pilot run and their palm rests have been assembled and will be shipped on Monday. We’ll ramp up production afterwards, and continue the fulfillment of the rest of the crowdfunding starting in January.

Before the pilot run assembly, our contractor assembled four UHK panels, so that we could examine and approve them. We’ve taken a thorough look at them, and I noticed that the 4P4C jacks didn’t seem right. An older version of the jacks was used which we replaced a while ago with another jack. The spiral cable could not be removed from the older jack because its plug was too deep in the jack when the UHK was fully assembled, which is why we changed it in the first place.

Our contractor originally ordered the correct part, but the component distributor quoted an alternative replacement part and didn’t explicitly tell our contractor of the change. It’s pretty hard to spot these replacements in a long component list, hence the wrong part was ordered.

This miscommunication error cost us a couple days to get replacement jacks, but luckily no other issues were found.

The next step was SMD assembly which went very smoothly. This is a short video of the process:

As you can imagine, there are a number of steps involved in this process: 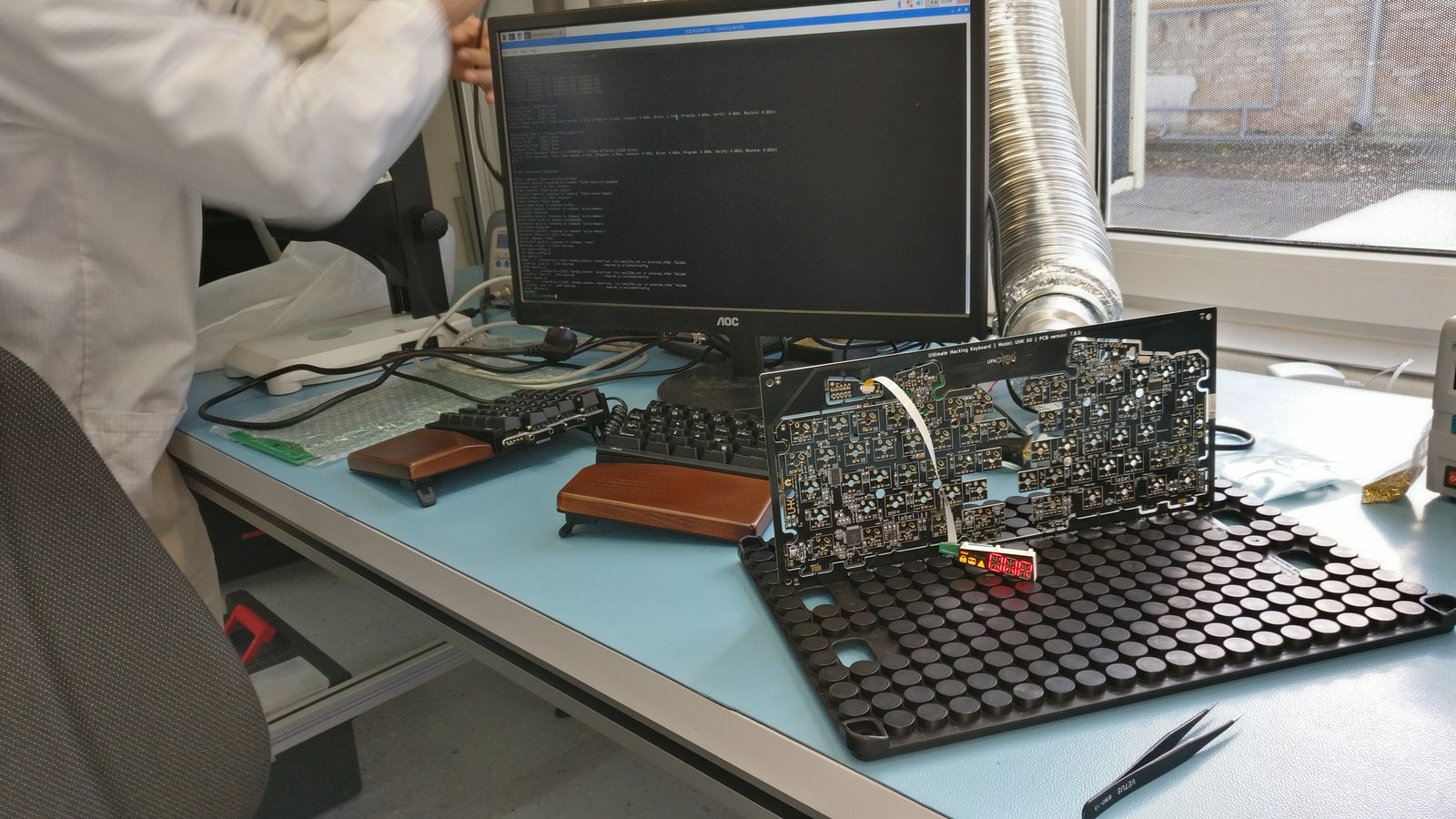 The boards not only look beautiful, but they all work perfectly. This is a pretty good start. 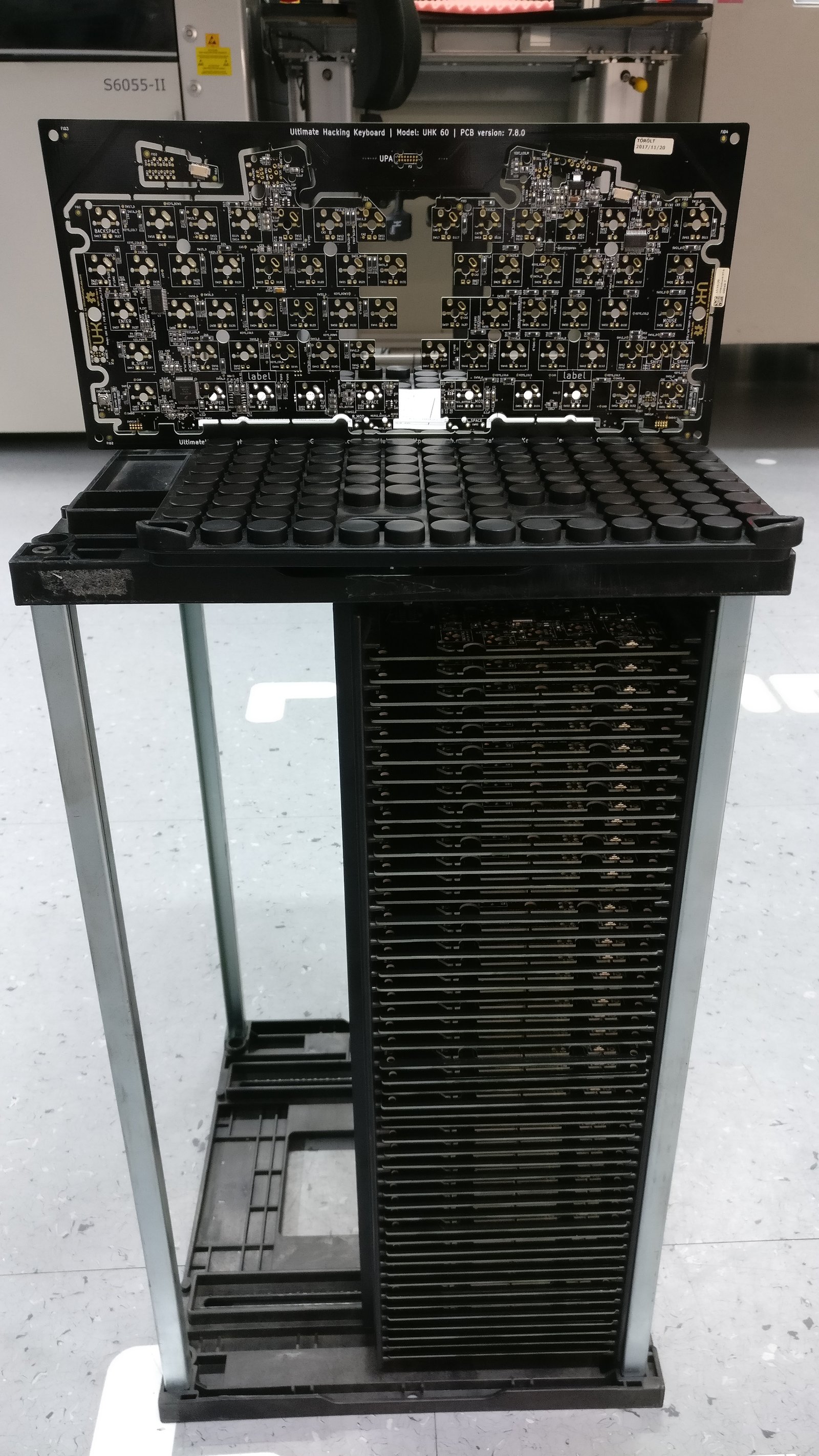 We left the boards at our contractor to get the through-hole parts soldered, and some days later they sent us the fully assembled panels.

Unlike the PCB assembly, the mechanical assembly is a fully manual operation. It involves breaking out the PCBs from the panels, placing the panels into the pre-assembled bottom cases, screwing the metal guides to the plates, assembling the top and bottom cases, and putting the keycaps on the key switches. The result is 50 beautiful pilot run UHKs, ready to be shipped. 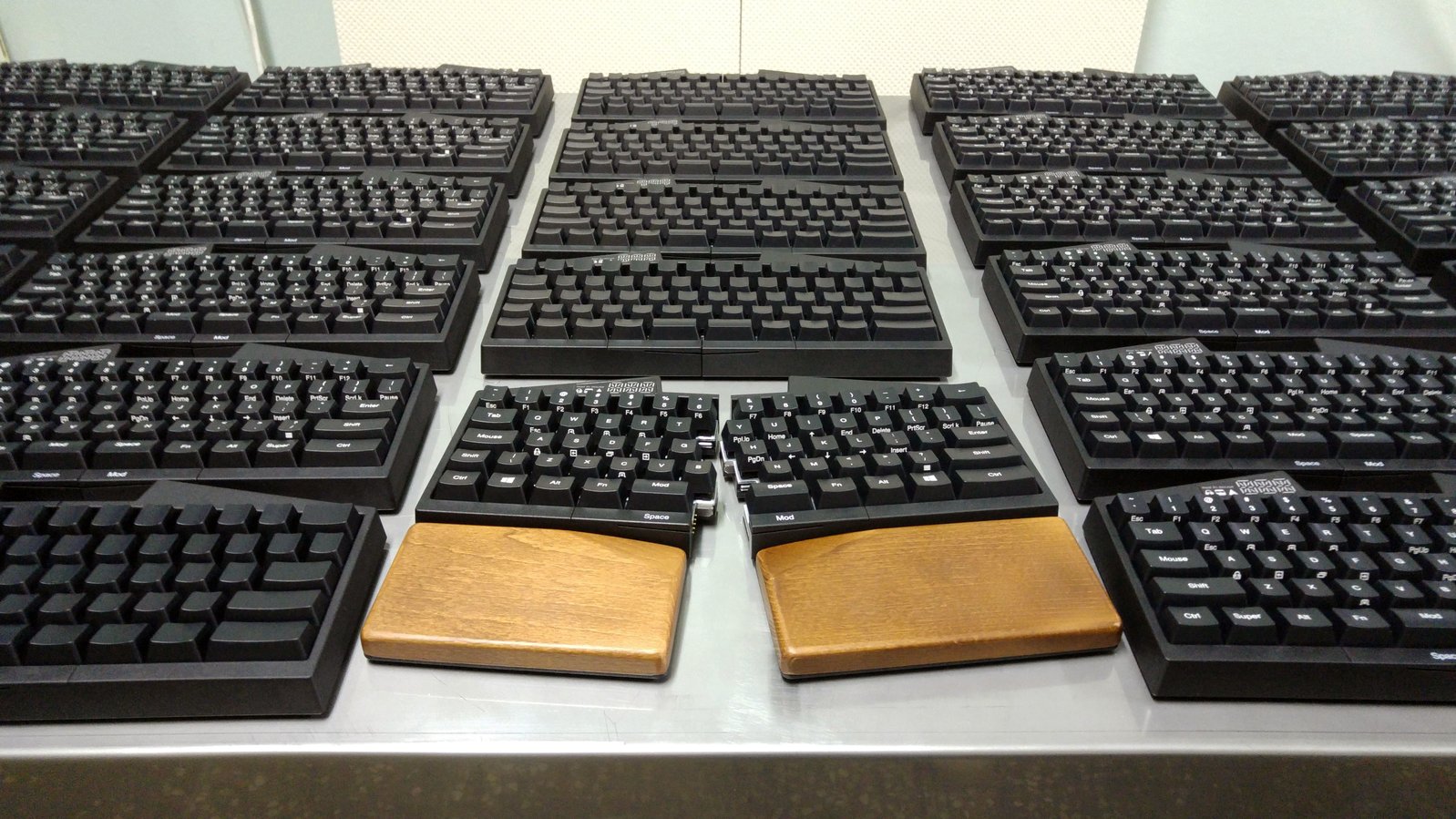 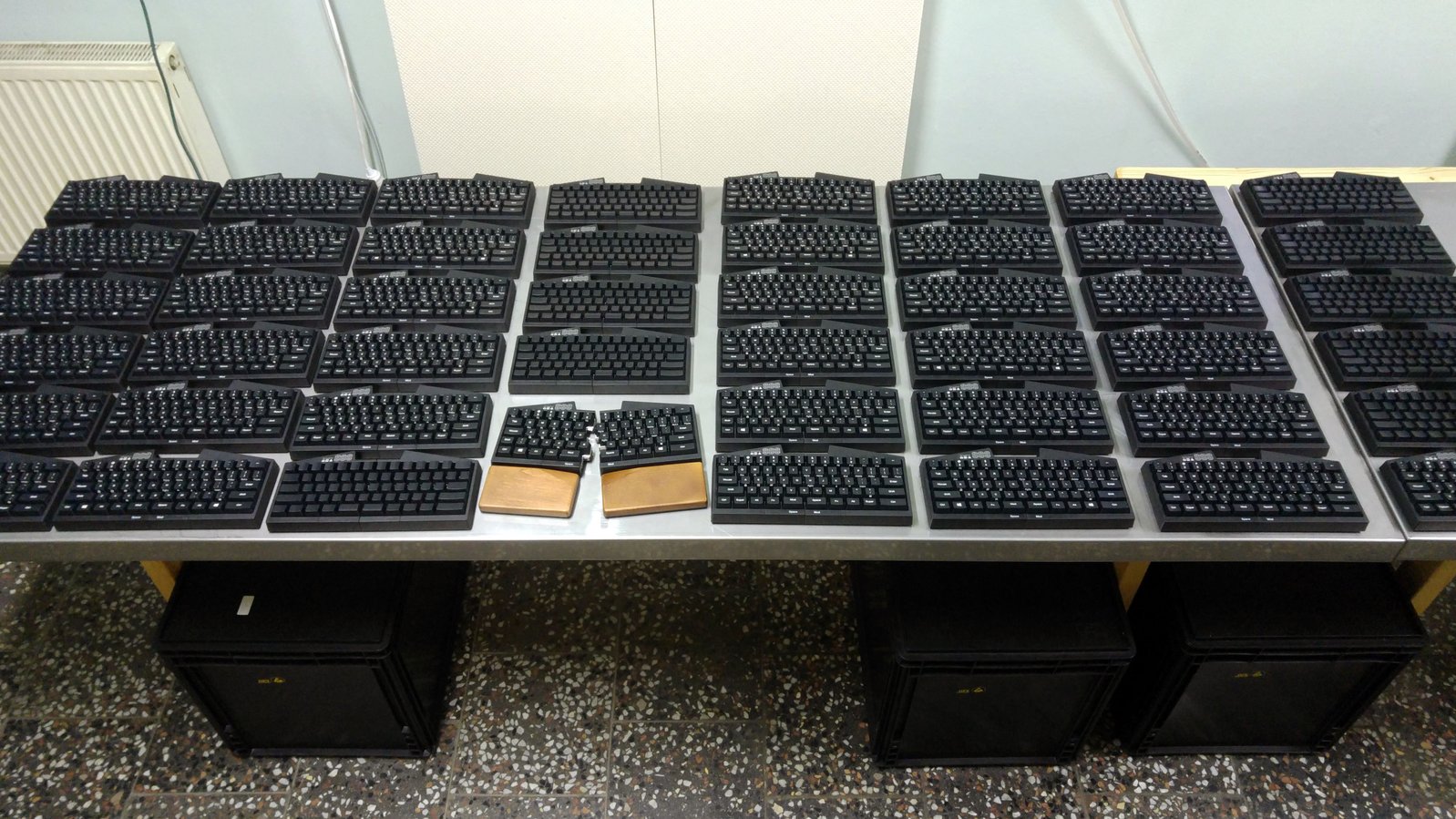 Right now, we’re working on assembling the palm rests, and on Monday the UHKs and palm rests of the pilot run will be shipped. Exciting times!

Being located in Hungary, the first UHKs of the pilot run are expected to arrive in Hungary, then to the rest of the EU, then to the US, then to the rest of the world. We deliver the EU units directly, and the non-EU units via Crowd Supply (based in the US). We can’t change this in any way, or ship directly to everyone due to accounting reasons. Please note that except for the above, we do ship on a first come, first served basis. You will receive a shipping confirmation email with a tracking number from Crowd Supply when you order ships. If you need to change your shipping address, do so now through your Crowd Supply account. For questions on shipping, see The Crowd Supply Guide.

Starting in January, we’ll scale up production and plan to fulfill the first batch of orders in 1-2 months. Afterwards, the second batch will follow. We’ll be keeping you up-to-date.

Thank you for reading this update! We wish you a Merry Christmas and Happy New Year, and we’ll talk to you on 2017-01-18.