We received development boards for Signet HC recently. These boards are larger than the final PCBs to allow more signal lines to be exposed for debugging and so that we can get the boards more quickly. If we used the tight tolerances the final production boards will need the turnaround time would be weeks longer and much more expensive. Other than having fewer pin headers the production PCB will have a similar set of components as this PCB. The main difference will be that parts will be used that have the same functionality but smaller footprints and the routing will be better optimized for space. You can see both sides of the development board below: 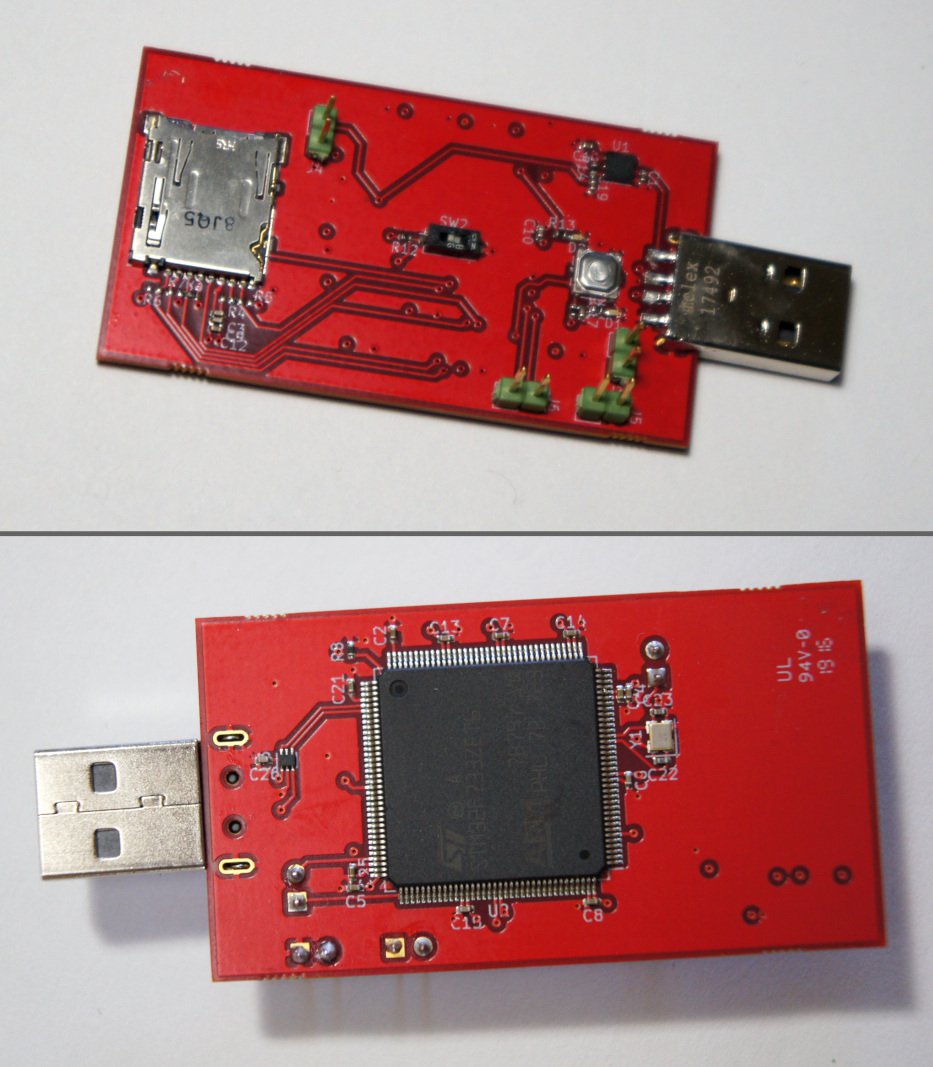 One of the first things we did was look at the quality of the critical Signals for the board. We ran the microcontroller at 216 Mhz and the SD interface at 48 Mhz, the maximum speeds supported. We found no significant noise on any of the critical signals such as the microcontroller’s oscillator, the voltage regulator’s power "good signal", and the SD card clock line. We also performed a number of functional tests. Like many developers would we first tried a blink test which you can see below:

There is more going on in the test above than is apparent. The blinking stops when the button is pressed which validates the button circuit. Also before the blinking starts the test attempts to read and write data to the SD card. If the SD card test fails the LED’s would transition to an always-on state instead of switching off.

One of the things we worried about most was whether the high-speed USB interface would work. It took a little time debugging the startup code but without any hardware changes we were able to get the USB high-speed interface to startup and the device was recognized as a high-speed USB device by one of our desktop computers. This was a limited test and we will follow up soon with bandwidth and error rate testing.