We have finally completed assembly and testing of the Signet HC units for the campaign and will ship soon. We were unable to ship before our previous estimate due to a PCB assembly problem and a handful of previously undetected problems in the firmware. 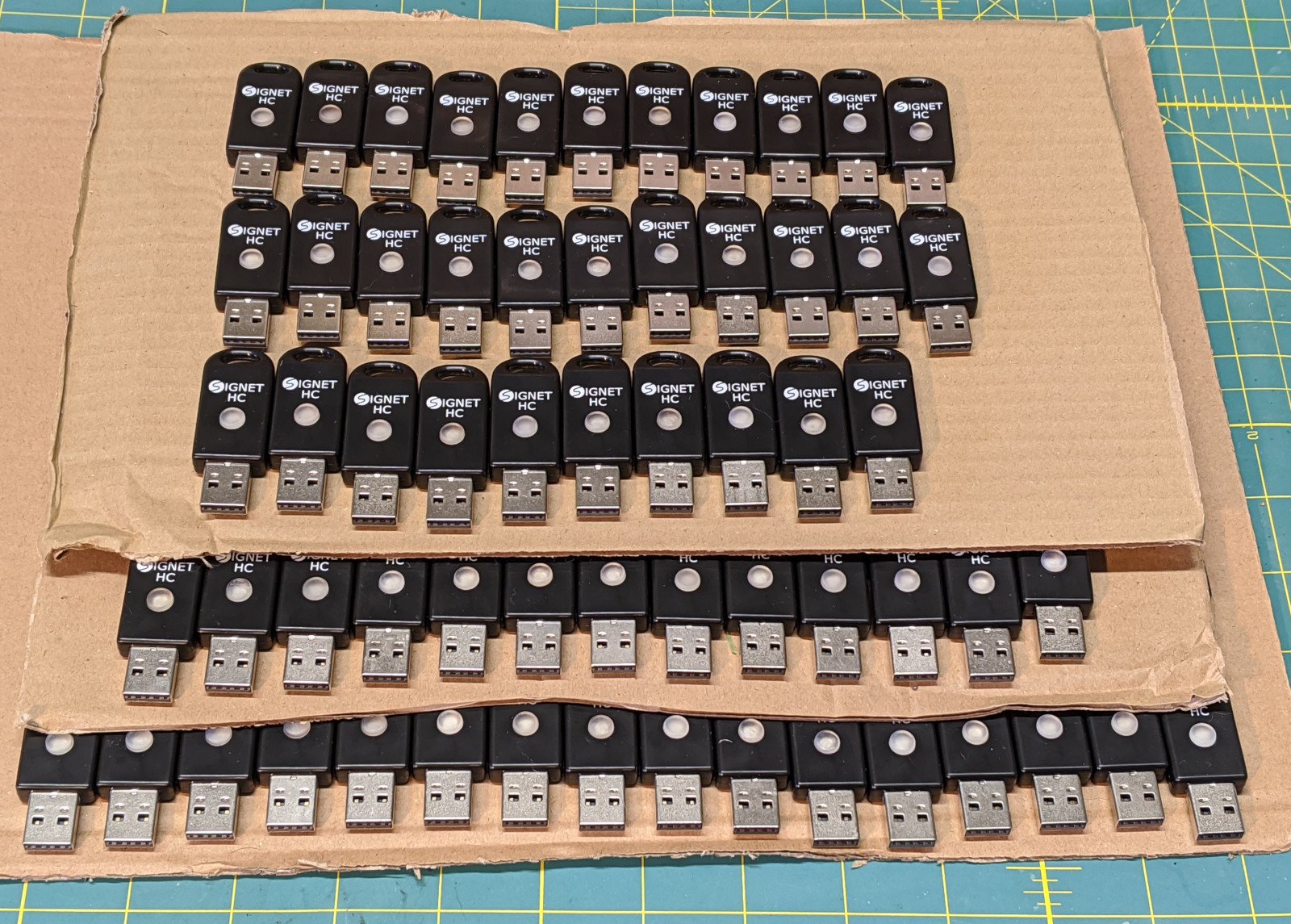 Getting started with Signet HC

Your Signet HCs will have the client software in an unencrypted volume to allow you to immediately setup your device and unlock it. Once unlocked, the encrypted volume will appear and you can get started with the password and personal information database features. You should be able to use your Signet HC as a FIDO2/U2F device without any setup. We will be adding more detailed information to the Nth Dimension website in the coming days. We will be working on adding other features in the coming months.