"Unlike the Raspberry Pi, Hackboard 2 is based on a powerful Intel processor capable of running Windows, and unlike other Intel-based SBCs, Hackboard 2 is incredibly affordable."

"This single-board computer is powered by an Intel Celeron N4020 with 4GB DDR4 RAM, and has a limited Linux edition."

"[Hackboard 2] Celeron N4020 processor and Intel UHD 600 GPU represent the most powerful combination available for a device of this size."

Hackboard 2 is a new single-board computer (SBC) designed from the ground up to be one of the most powerful and affordable Windows-capable, Intel-based computers ever. With optional 4G or 5G connectivity, it is ideal for students, teachers, families, makers, and hobbyists alike. Unlike the Raspberry Pi, Hackboard 2 is based on a powerful Intel processor capable of running Windows. Unlike other Intel-based SBCs, Hackboard 2 is incredibly affordable.

Hackboard is a reliable, high-performance platform that is well suited to a large and diverse set of possible projects, including: 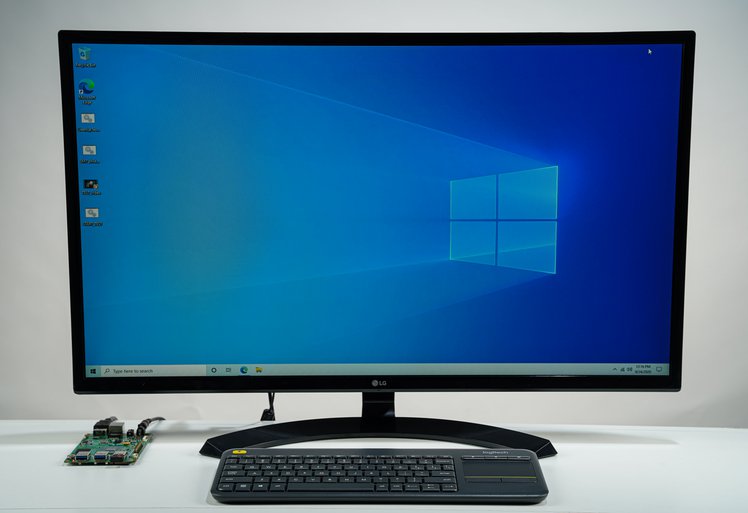 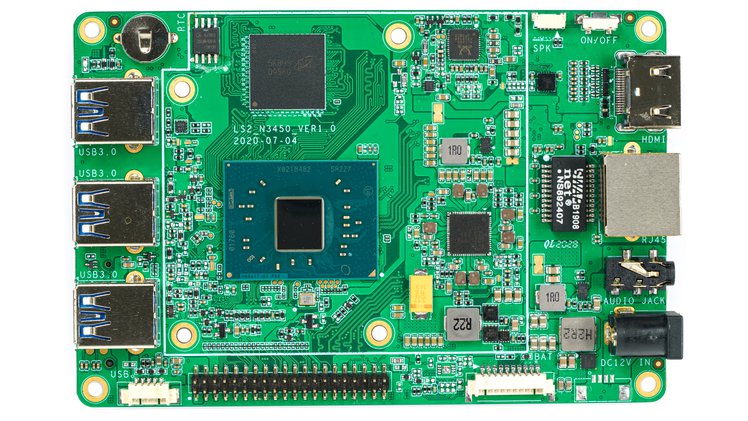 Hackboard 1 shown in all photos. Hackboard 2 swaps out the microSD card slot for a SIM card slot and second M.2 slot, and has an upgraded processor.

A limited edition version of Hackboard 2 that is preinstalled with Ubuntu Linux will be available only during the Crowd Supply campaign. The hardware is identical — it just comes with Linux instead of Windows.

Hackboard 2 has the following high-level features:

* The Linux version of Hackboard 2 is a Crowd Supply exclusive and will not be available after the campaign. 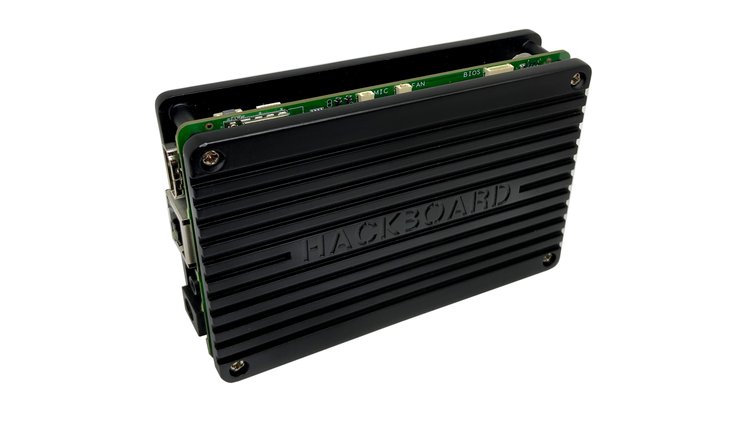 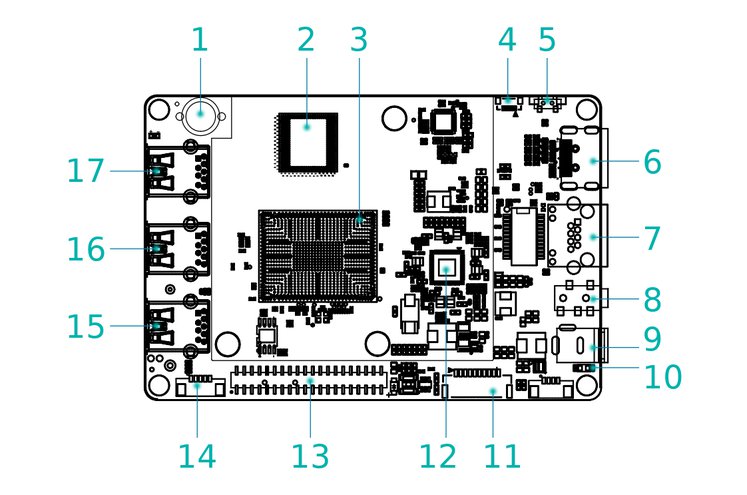 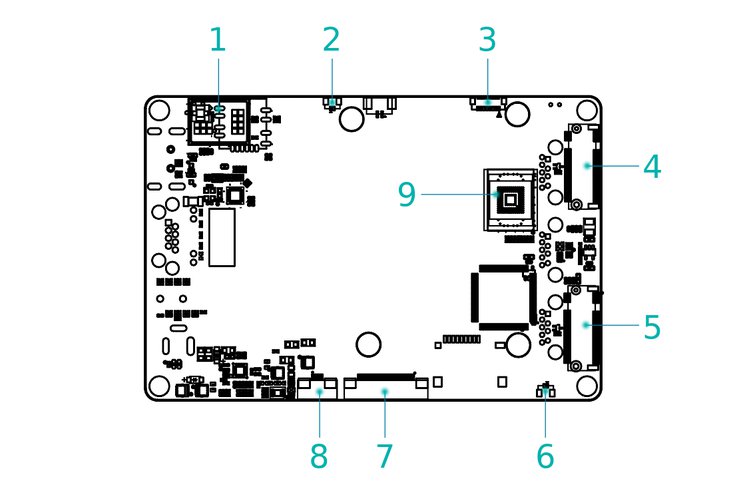 The Hackboard 2 Starter Kit has everything you need to hook up Hackboard 2 to your own monitor or TV and be productive right away. It includes a Hackboard 2 with Windows 10 Pro, a 12 VDC / 3 A international power supply, a heatsink, two board-mountable antennas, a protective ABS plastic case, a 1080p USB 2 video camera, and a wireless keyboard with integrated trackpad, all slim and lightweight enough to take on the go. Optional 4G and 5G cellular modems available separately.

The Hackboard 2 Complete Kit has everything you need to be productive right away. It includes everything that comes with a Hackboard 2 Starter Kit, plus a portable 13.3" IPS 1080p HD display with integrated speakers, USB C and HDMI inputs, a mini USB B power supply (5 V / 3 A), and protective cover that doubles as a stand, all slim and lightweight enough to take on the go. Optional 4G and 5G cellular modems available separately. 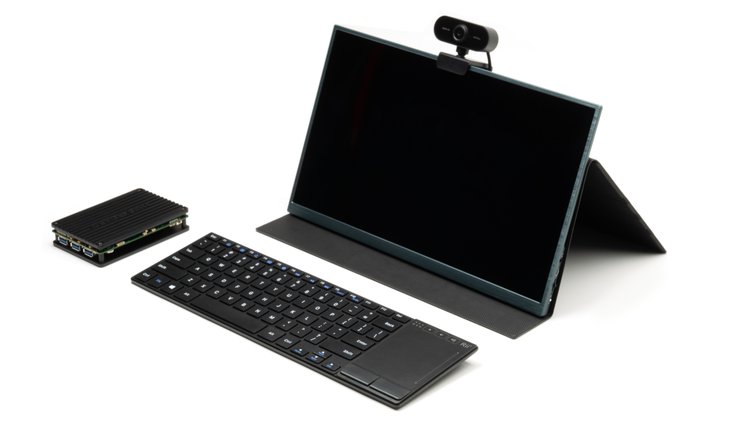 Between the three core members of the team (Mike, Jon, and Dean), we have over 22 years of experience in the manufacturing and logistics of single-board computers, including working directly with the Raspberry Pi Foundation, Kano, pi-top, Micro:bit, and the BeagleBoard Foundation, not to mention countless partners for accessories and components.

Hackboard 2 was developed with our in-house engineering, design, layout, fabrication, and software resources, calling on proven local contractors for specialized tasks such as board fabrication and assembly. Hackboard 2 production will take place in China, overseen directly by Mike, CEO of Hackboard. 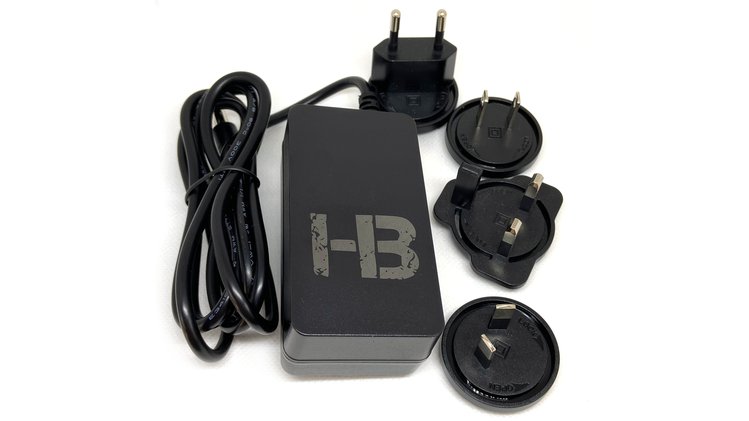 Every Hackboard 2 comes with a 12 VDC, 3 A international power supply

We successfully manufactured a pilot run of the first version, Hackboard 1, which used the Intel Celeron N3350 processor. The version being offered here, Hackboard 2, has some key improvements, such as removing the microSD card slot to make room for a SIM card slot and a second NVMe M.2 slot, and upgrading to the more powerful Intel Celeron N4020 processor. Throughout the last year of design and validation, we’ve worked closely with Intel and Microsoft to ensure Hackboard 2 unleashes the power of both. 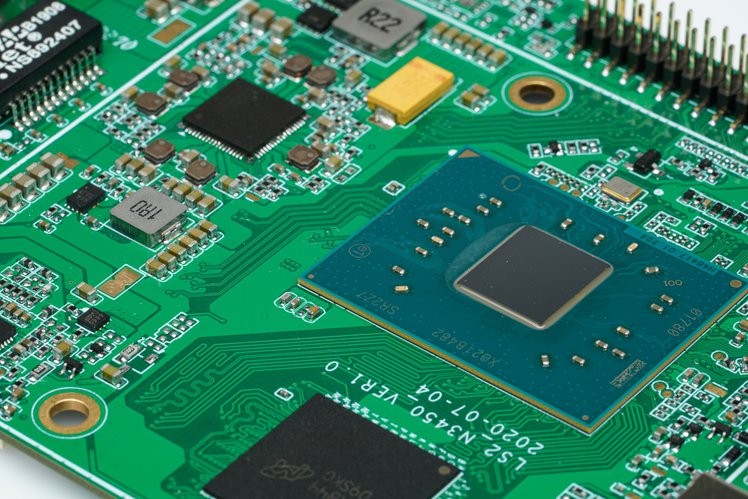 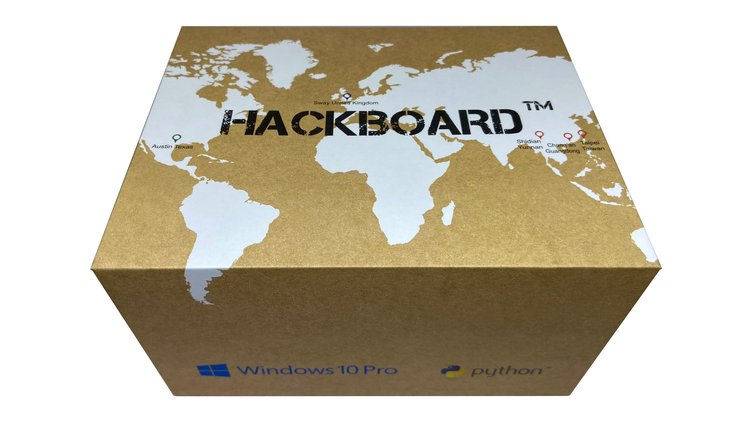 There are three main kinds of problems we might encounter in the course of manufacturing Hackboard 2 and getting it into your hands:

Regardless of what comes up along the way, we commit to being transparent with our backers about any problems we encounter and what we are doing to mitigate them. 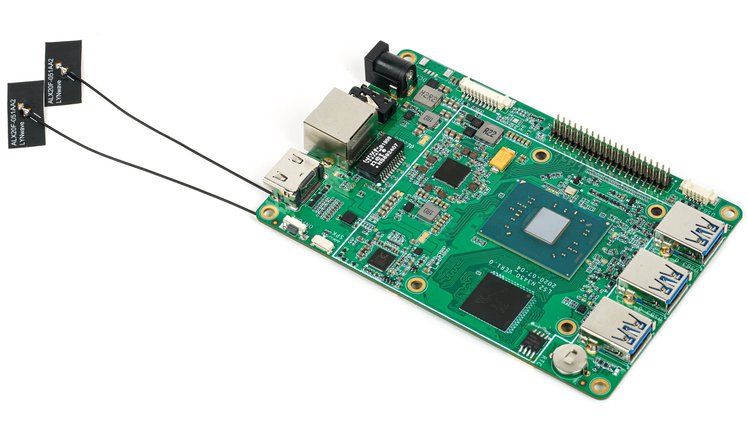 We're a passionate team of experienced designers, engineers and marketers based in Austin, London, and Shenzhen. We create affordable, powerful technology for hands-on education and invention.