"This is very inexpensive and very fun - on the Crowd Supply page, you can see a demo of a LimeSDR mini set up as an LTE base station, streaming video between two mobile phones. These are the golden days of hobbyist SDR."

"Another plus of the LimeSDR products is that they are fully open source...These are exciting times for SDR enthusiasts with cheap TX capable radios now starting to proliferate on the market!"

"Like its larger sibling, the LimeSDR Mini is a “free and open source project” that supports the company’s “entirely open-source” LimeSuite host-side software that supports a range of SDRs."

"...the price has been set to make it affordable for virtually anyone to develop applications using “cutting edge” hardware."

"Simply put, the LimeSDR Mini is a smaller, less expensive version of the original LimeSDR. However, it still packs a punch – at its core, the LimeSDR Mini uses the same LMS7002M radio transceiver as its big sibling."

"The LimeSDR Mini development board is a hardware platform for developing and prototyping high-performance and logic-intensive digital and RF designs that use Altera’s MAX 10 FPGA and Lime Microsystems’ LMS7002M RF transceiver."

"The company launched a $ 399 card for just over a year ago called LimeSDR, now comes a low cost version for $ 139 called the LimeSDR Mini."

"The development card is based on open source and is supported by companies such as Ubuntu, Vodafone and BT / EE."

"Lime has partnered with Ubuntu, launching an app store for LimeSDR systems. Using these, developers can download apps and get a mobile, IoT or other wireless network running in minutes."

"The LimeSDR Mini is a free and open source project that supports the company’s entirely open-source LimeSuite host-side software that supports a range of SDRs."

"Electronic enthusiasts, hobbyists and makers searching for a hardware platform to develop high-performance and logic intensive digital and RF designs, may be interested in a development board and full-duplex USB stick radio called the LimeSDR Mini."

The LimeSDR Mini development board is a hardware platform for developing and prototyping high-performance and logic-intensive digital and RF designs that use Altera’s MAX 10 FPGA and Lime Microsystems’ LMS7002M RF transceiver.

Render of the LimeSDR Mini

The LimeSDR and LimeSDR Mini are members of the same family of software-defined radios. One does not replace the other. Rather, they are complementary.

Simply put, the LimeSDR Mini is a smaller, less expensive version of the original LimeSDR. However, it still packs a punch - at its core, the LimeSDR Mini uses the same LMS7002M radio transceiver as its big sibling. The Mini has two channels instead of four, and, by popular demand, SMA connectors instead of micro U.FL connectors. Check out the comparison table below for more details.

We’ve already shipped thousands of LimeSDR boards and are about to clear out the backlog of remaining LimeSDR orders. The LimeSDR Mini is built on the LimeSDR supply chain, dev tools, and community in a way that makes software-defined radio more accessible than ever. 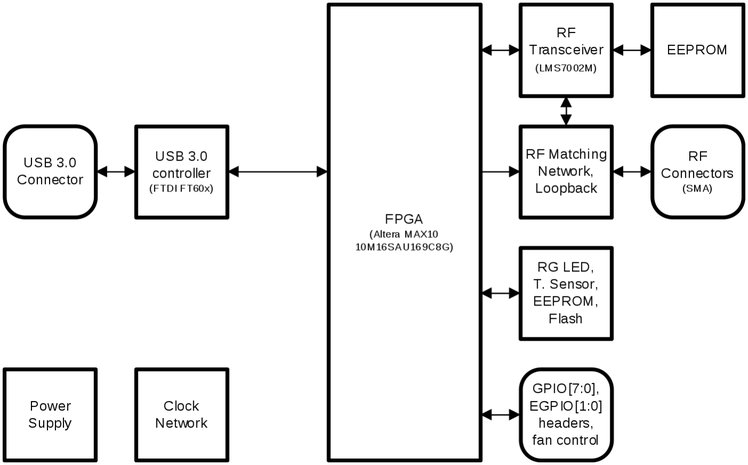 In addition to the LimeSDR Mini iteself, we’re also offering a few accessories.

We’ve designed a custom acrylic enclosure to protect your LimeSDR Mini and make it easy to throw it into your pocket or bag without worrying about damaging the board. 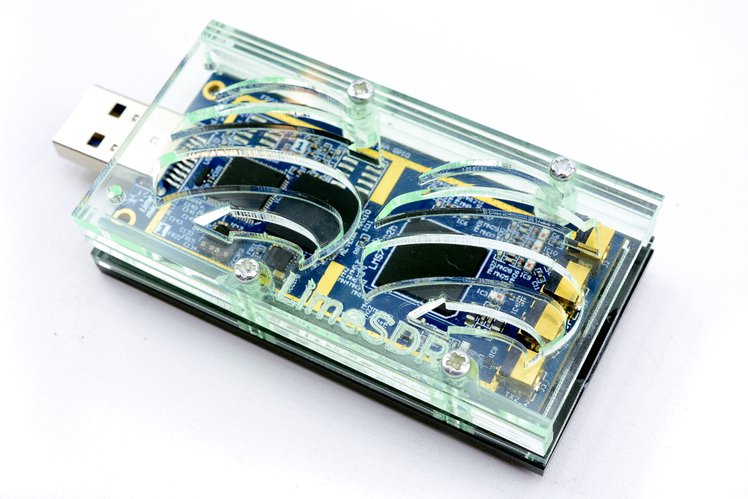 We’re offering omni-directional antennas with SMA connectors, optimized for frequency ranges of 800-960 MHz, 1710-2170 MHz, and 2400-2700 MHz. These are the same same antennas used with the full-size LimeSDR. 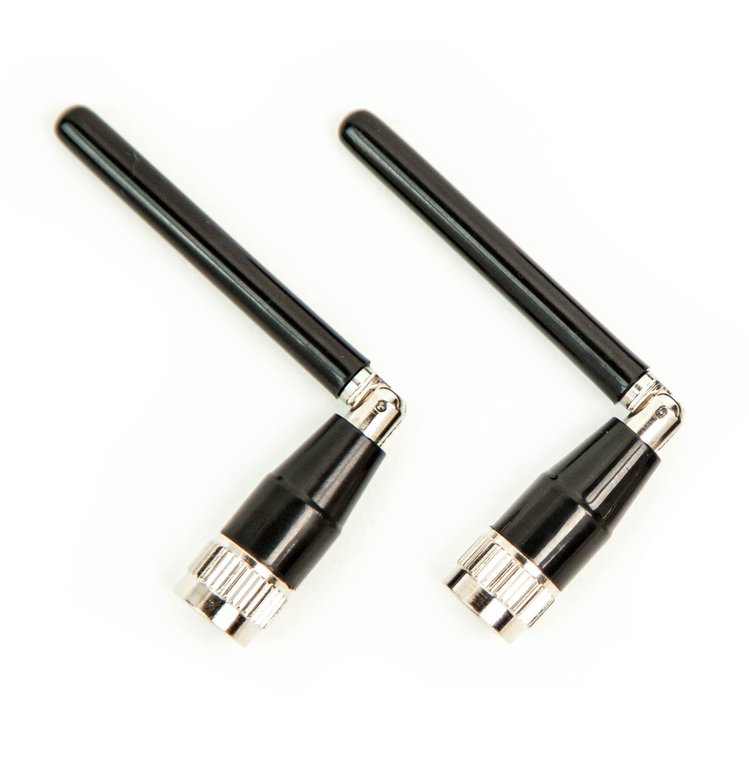 As with the original LimeSDR, the LimeSDR Mini is a free and open source project made in collaboration with the Myriad-RF project. We will be releasing code, firmware, schematics, layout, and associated project files shortly.

The LimeSDR Mini uses the same host-side software, called LimeSuite, as the full-size LimeSDR. LimeSuite is entirely open source and supports a variety of software-defined radios. You can learn more about LimeSuite at its GitHub repository and Myriad-RF project page.

A big part of the LimeSDR ecosystem is the Snappy Ubuntu Core app store being developed jointly with Canonical and the LimeSDR community. Because the LimeSDR and LimeSDR Mini use the same drivers and APIs, the snaps developed for one should work equally well for the other so long as they are within the operating specification.

We currently have working prototypes and don’t expect any major changes before going to production. We’ve had a great working relationship with our manufacturing partner for a number of years already — they were also the manufacturer for LimeSDR — and we know they can deliver high-quality, well-tested assembled boards. The working prototype shown in the images below has MMCX connectors - the final version will have two SMA connectors and a U.FL connector for external clock input. 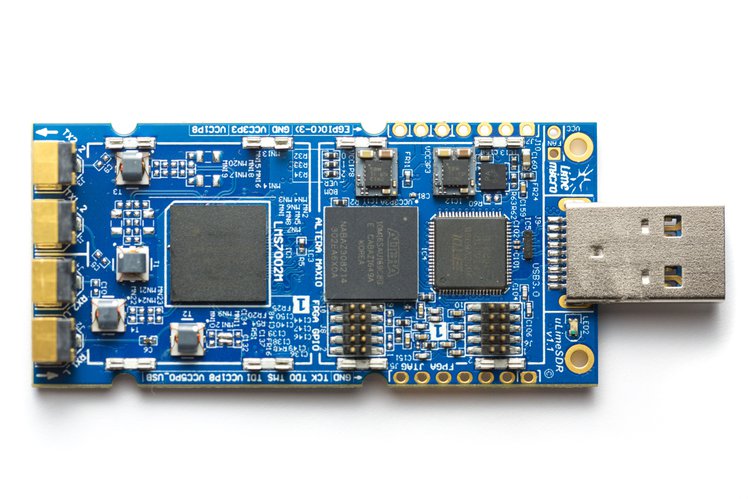 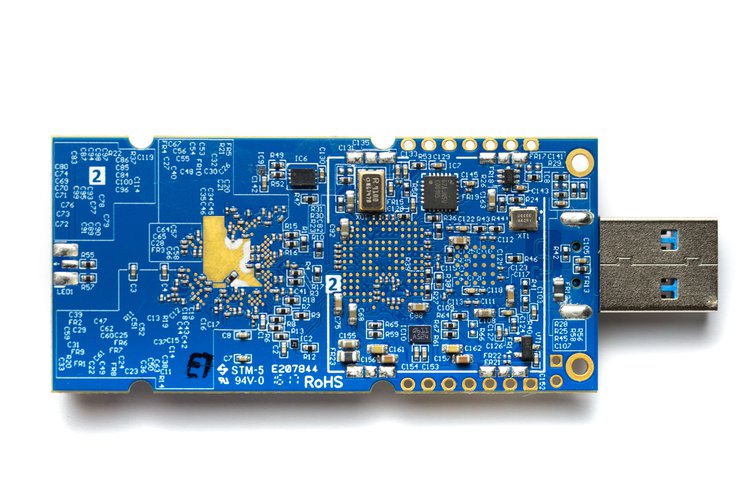 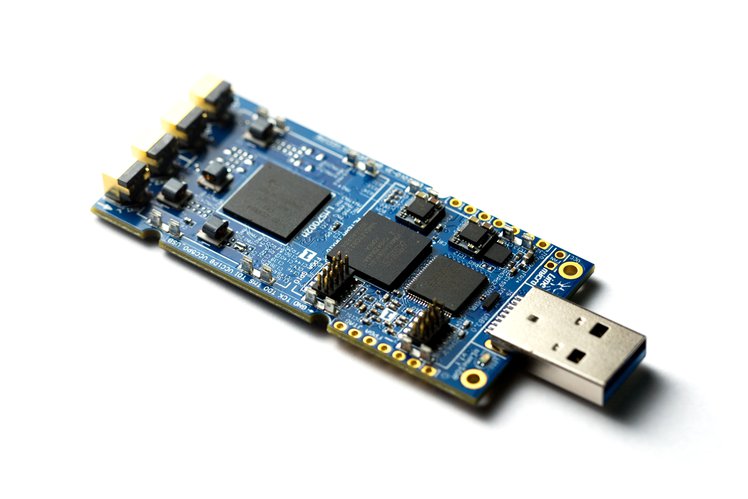 As in the original LimeSDR campaign, the supply chain is the biggest risk — parts shortages could delay production. However, since the critical parts we’re using in LimeSDR Mini are the same as those in the LimeSDR, the Mini will benefit from the considerable work we’ve already put into creating the LimeSDR supply chain.

All orders will be shipped from Crowd Supply’s warehouse in the United States. For a product of this scale, maintaining a separate fulfillment operation in Europe is not economically feasible and would actually increase the overall cost to the end customer. You can find out more about Crowd Supply’s shipping fulfillment in their Guide.